There are a number of factors that determine the most expensive dog breeds in the world. The main ones are considered to be the rarity and purity of the breed, the number of awards and titles, the health and exterior of the dog.

It is very difficult to determine exactly which breed is the most expensive, since prices fluctuate greatly depending on the above factors, but based on the average cost in the world, you can make an approximate list of breeds for which people pay a lot of money.

Most expensive dogs in the world 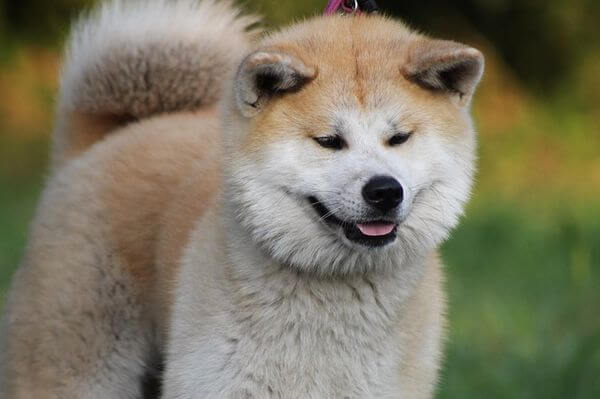 A dog breed that originated in the Akita province on the Japanese island of Honshu. For a long time, these dogs were used for hunting mainly large animals such as wild boar, deer and bear. In the distant past, Akitas who were used for hunting were called Matagi ken, which means “big game hunter.” Dogs of this breed can be characterized as reserved, intelligent, courageous, noble and very loyal to their owner. They have excellent watchdog qualities and are easy to train.

Anyone who has watched the film “Hachiko” will not doubt the loyalty and devotion of the representatives of this breed. Akita Inu puppies are available for $1000- $3500. 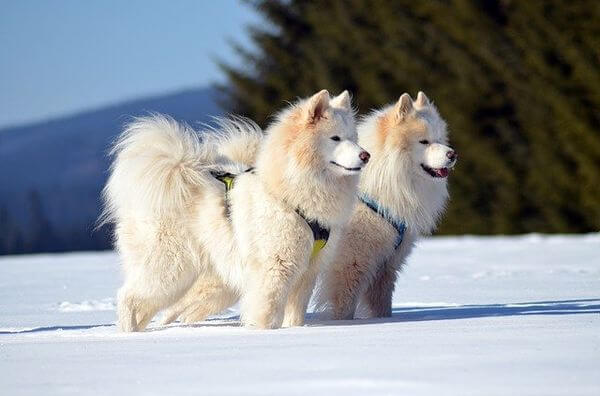 One of the oldest dog breeds. Refers to primitive breeds. According to one of the versions, the Samoyed is descended from the Nenets Laika or as it is also called (reindeer herding spitz). For more than three thousand years, the Samoyed dog was a companion in the northern tribes of the Samoyed group (this is the common name for the indigenous small peoples living in the north of Russia).

The Samoyeds were used for hunting, guarding, shepherding, transportation, and sometimes even as nannies for children. There is a fairly widespread version, in which the name of the dogs came from the fact that they were previously harnessed to a sleigh, and against the background of white snow, when the sleigh was driving, the dogs were not visible.

From afar it seemed that the sleds were going by themselves, which is why they were called self-eating or simply Samoyeds. They are distinguished by a calm character, sharp mind, cheerfulness, poise and sociability. They love people and are happy to make contact.
You can buy a puppy of this breed for $600-1800. 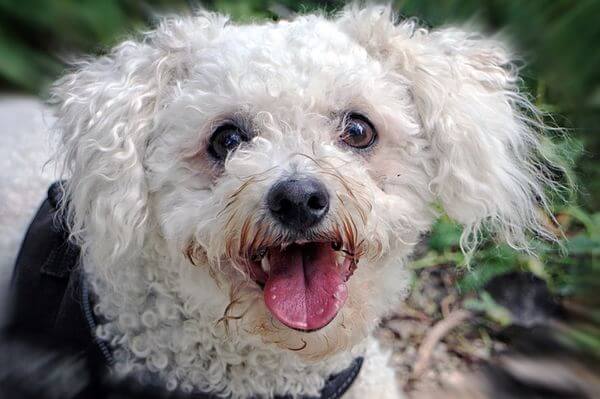 French small breed of dogs from the group of lapdogs. It differs in curly, thick, long and silky hair. White, beige or reddish spots can be found only in puppies. They became known several centuries ago. These small but very brave animals often accompanied Italian and Spanish seafarers, playing the role of tireless rat-catchers on the ship.

They attracted the attention of the European nobility and became very popular at the royal court already in the 16th century. At the end of the 19th century, they lost their former glory, and for some time they were ordinary street dogs. Only at the end of the First World War did they regain their noble status.

The character of such dogs is quite complex, but they easily find a common language with their owners and lend themselves to any training. The cost of such a dog ranges from $500 to $1,500.

The breed is a dwarf variety of pinschers with a height of 25-30 cm. The breed is of German origin and dates back to the beginning of the 17th century. It got its name because of some similarity in appearance with monkeys (translated from German “affe” means “monkey”). These dogs were bred to fight rodents in kitchens, barns and stables.

On the basis of this breed, other well-known breeds were bred – the Miniature Schnauzer and the Belgian Griffon. Affenpinschers are excellent watchdogs – if necessary, they will very loudly let everyone around them know about the present danger. Dogs of this breed have a perky disposition, active, rather curious and infinitely loyal to their owners. The cost of Affenpinschers can range from $1,500 to $4,000. 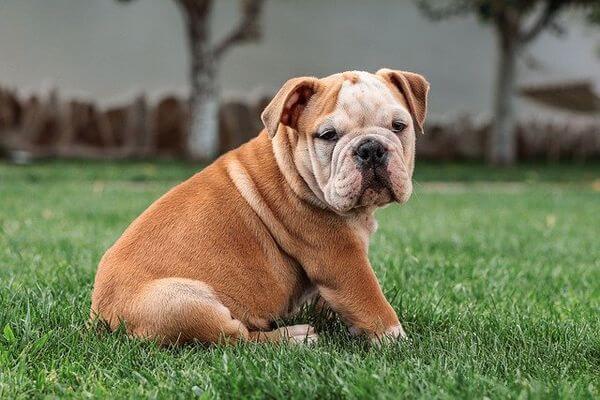 Short-haired mastiff-type dog breed. Modern English Bulldogs were bred in the second half of the 19th century. They originated in England and were used as pickling dogs in the “bloody sport”; mainly in bull-baiting. Actually, this is where the name of the breed arose – the bulldog.

The English Bulldog has a pronounced personality and is considered the national dog of England, embodying the traits often attributed to a “true gentleman”: equanimity, solidity, even some phlegm, elegance and aristocracy.

English Bulldogs are need much attention, and their support requires a lot of responsibility, so they are not suitable for people who do not have the opportunity to devote enough time to their pets. You can buy a puppy of this breed for $600-2500. 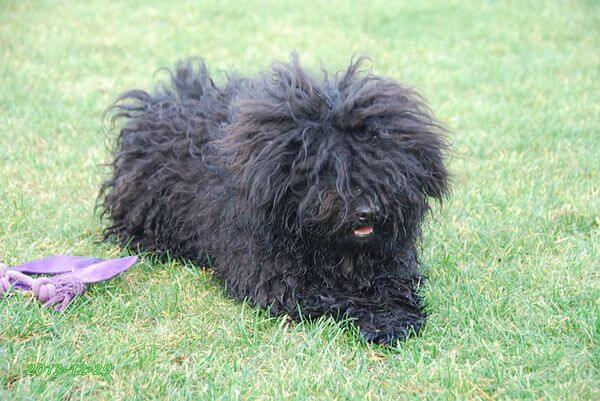 Komondor is very well adapted to work as a sheep shepherd: thanks to its wool, it disguises itself in a flock of sheep. The Hungarian Shepherd Dog is one of the largest dogs in the world, the height at the withers in males is more than 80 cm, and the long white coat, rolled into original cords, makes the dog even more massive. The Komondor is a calm and solid dog. It is quite obedient and quickly learns new skills. The cost of dogs of this breed is $1200-2000. 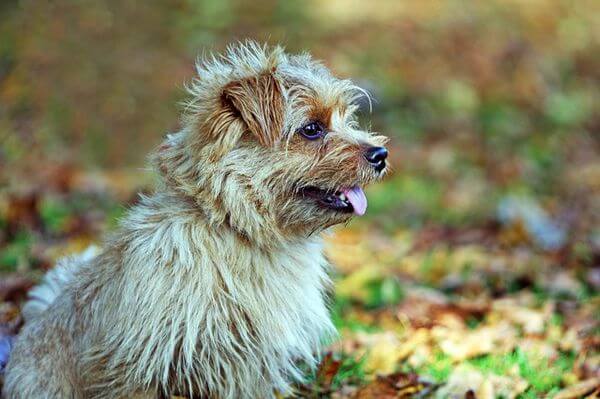 This is a breed of hunting burrowing dogs. The homeland of these dogs is Norfolk County. Originally, the breed originated in the early 19th century on farms, for hunting rats in stables, sheds and barns. For approximately 100 years, the Norfolk Terrier and the Norwich Terrier were considered the same breed. The difference between the two breeds was in the ears – in one breed they were erect and in the other they were hanging.

But in 1964 it was decided to separate these breeds. Norfolk Terriers are brave, cheerful and empathetic dogs. Well adapted to life in the city, they can be kept even in a small apartment, but taking into account daily walks and regular trips to nature, where dogs can run freely without a leash. Dogs become excellent companions and watchdogs. The cost of Norfolk Terrier puppies is 1000-2500 dollars. 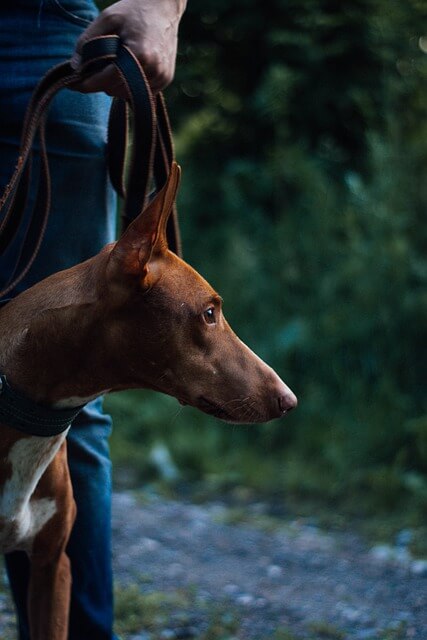 A dog breed related to primitive dogs. Sometimes it is referred to as a greyhound.

It was assumed that the Phoenicians brought dogs of this breed to the islands of Malta and Gozo, where it, almost unchanged in appearance, existed for more than two thousand years.

However, according to DNA analysis, this breed is not related to Ancient Egypt and ancient Egyptian hunting dogs.

The first mention of the Maltese hunting dog, which is now identified with this breed, dates back to 1647 and was made by a member of the Order of Malta.

The first specimen were taken from the island in the 1920s.

Until 1970, this breed was known only on the island of Malta, and after five years, in 1975, it received official recognition. The Pharaoh Hound is an intelligent, easily trainable, playful and active breed. However, there is some authority in their character. The price for dogs of this breed can reach 1000-7000 dollars.

It is one of the oldest working dog breeds, which was a guard dog in Tibetan monasteries, and also helped nomads in the Himalayan mountains. They were often used to guard livestock and pastures. The first known Tibetan Mastiff to reach the shores of Western Europe was a dog sent in 1847 by Lord Charles Harding to Queen Victoria.

Later, in the 1880s, Edward VII brought two more dogs with him to England. The Tibetan Mastiff has a thick, even coat, which allows it to be kept outdoors all year round, without even building kennels. By nature, they are reserved, calm, soft and loyal dogs that will be excellent guards of the territory and loyal friends to all family members. They are very clean animals. The price for puppies of this breed is 2000-8000 dollars.

One of the representatives of the Tibetan Mastiff breed, Hong Dong, became the most expensive dog in the world, for which the Chinese coal magnate paid 1.5 (according to some versions, up to 2) million dollars.

Small lion dog – this is how the name of this breed is translated from French. Some biologists believe that the lion dog breed dates back to the 2nd century AD. However, Lion Bichon came into fashion much later – at the beginning of the 16th century.

Several centuries later, pugs and King Charles Spaniels became the favorites of dignitaries. Lion Bichon was among the stray unnecessary dogs and disappeared among other lapdogs. Only in the middle of the last century, scientists took up the revival of the breed. The most similar to the Lyon Bichon dogs among the dogs of Belgium, France and Germany were selected and crossed with a poodle.

Their number was so small that in 1960 they entered the Guinness Book of Records as one of the rarest breeds on earth. Despite its small size and external fragility, the dog has a truly lion heart. They are very playful, cheerful and friendly. At the same time, they are loyal to their masters and are ready to fearlessly protect them. You can buy a Lion Bichon puppy for 2000-7000 dollars. 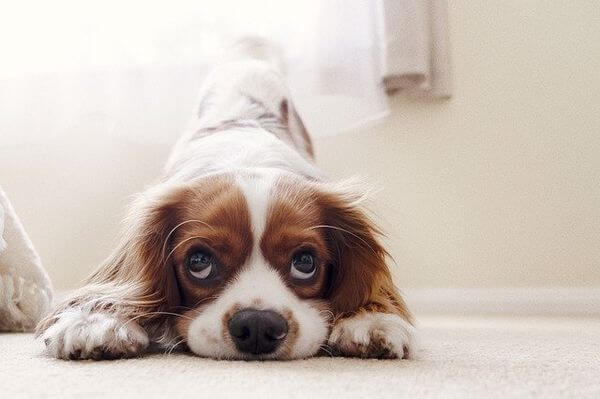 A breed of small dogs bred by English cynologists in the 16th century. Their first owners were English lords, then they gained popularity all over the world. Dogs of this breed are distinguished by their special endurance and cleanliness. The main advantages of the King Charles Spaniel are kindness and loyalty. It is easy to train and adores children. The price for dogs of this breed can range from 800-2500 dollars. 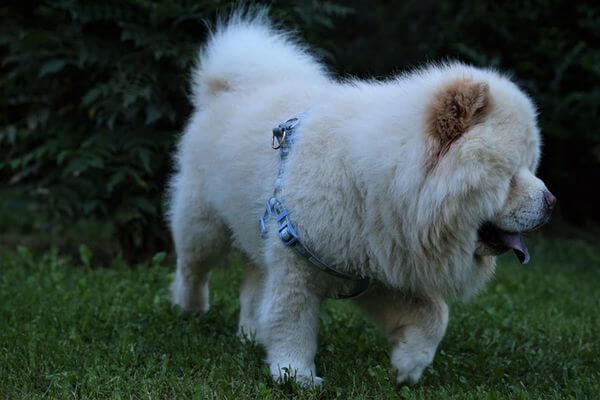 By their origin, Chow Chows belong to the Spitz group, but there is an assumption that they contain an admixture of the blood of the Tibetan Mastiff. Research shows that it is one of the first primitive breeds to evolve from the wolf, believed to be in the arid steppes of northern China and Mongolia. Chinese bas-relief dated 150 B.C. depicts a hunting dog, outwardly similar to a chow-chow.

Later, Chow Chows were used as hunting dogs, reindeer herding dogs, guard dogs, and even as sled dogs. Chow Chow has been known in China for over 2 thousand years. The purebred Chow Chow line was maintained in Buddhist monasteries, where they were engaged in breeding and kept special journals, in essence – the Chow Chow pedigree books.

Refreshing of blood was carried out through the exchange of producers between monasteries. Nowadays, the breed is rather decorative. Representatives of the Chow Chow breed are distinguished by their special stubbornness and willfulness, which in the process of training requires a lot of patience and appropriate knowledge. With the right approach to training, they grow up to be gentle and kind dogs. Chow-chow puppies cost $600-1700.

Decorative breed of miniature dogs originally from Germany. Images of these dogs are often found on ancient Greek and Roman coins, vases and other monuments of antiquity. 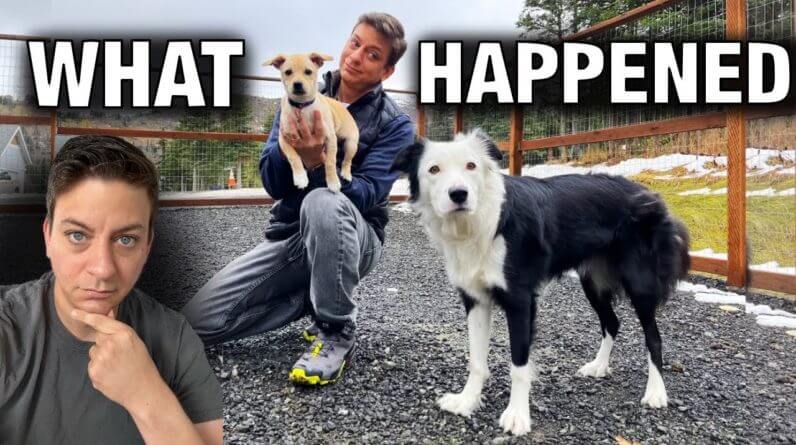 After Everything I Taught This Dog.. I’m Still Worried About Her MOST DANGEROUS Habit. 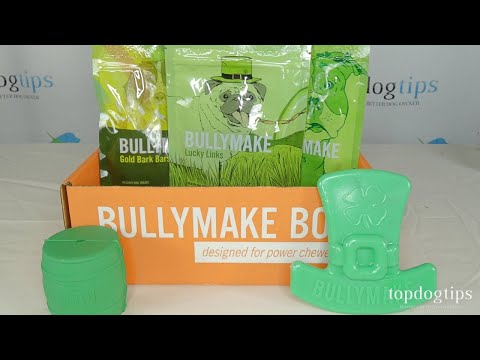 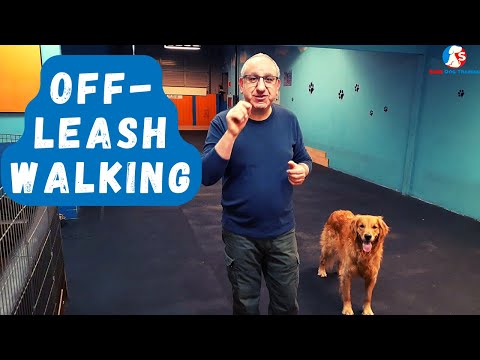 How To Get Your Dog To Hike Off-Leash 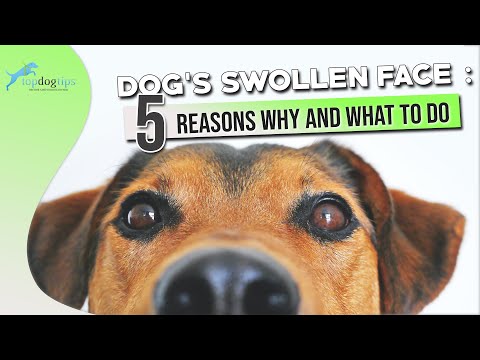 Dog’s Swollen Face 5 Reasons Why and What to Do 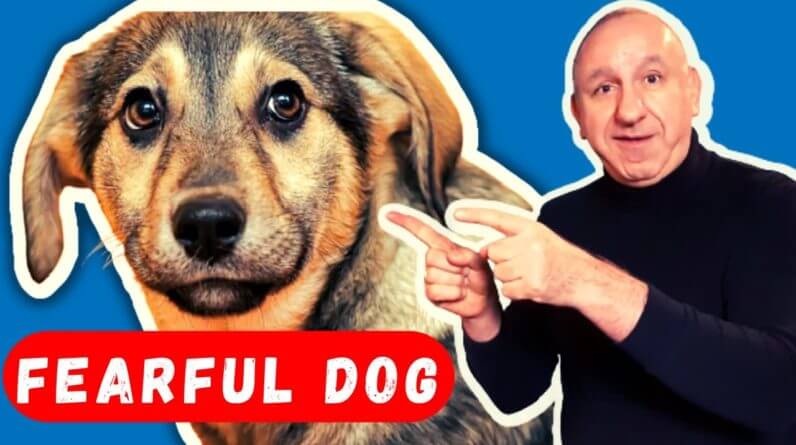 How To Help A Rescued, Fearful Dog -Part 1 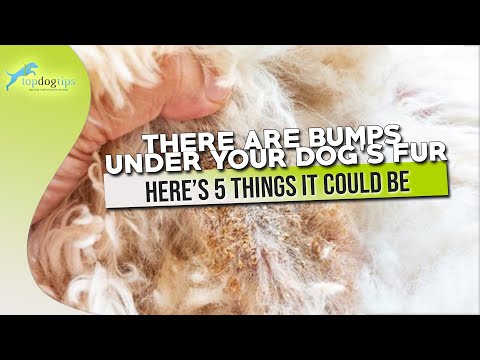