You love gigantic dogs and you love it when you pass by them in the park or a supermarket. Are you interested to know which are the heaviest dogs in the world?

Dogs in general can put on a lot of weight, but certain dogs will surprise you with their weight and gigantic size. Here are 10 heaviest dog breeds in the world.

The Great Pyrenees is a working dog whose origin can be traced back to 3000 bc. They are extremely tall and can reach up to 84 centimeters, which is 33 inches. This breed also weighs a lot, and its weight can reach up to 54 kilograms on average, which is almost 120 pounds. This breed never refuses a snack and likes a full plate when it’s dinner time. It’s extremely healthy and has a life expectancy of 12 years. Although it likes eating a lot of food, it’s not prone to obesity or other related diseases.

The Anatolian Shepherd is agile and can run fast. You need to be extremely cautious when you have this breed around kids, as it can quickly turn aggressive towards them with its weight and height. You wouldn’t want to take any risk.

The Newfoundland can be heavy and strong, and it’s argued by many dog professionals that this is one of the strongest dog breeds. These days, an adult Newfoundland can weigh up to 70 kilograms, which is 154 pounds, while it has a height of 74 centimeters, which is almost 30 inches. When they are standing their reach can dwarf most adults. Today, the Newfoundland is among the top 50 most popular breeds in the United States due to their patient and affectionate qualities.

The Neapolitan mastiff, like all other mastiff breeds, is a wonderful companion. If you can stand the size and the drool, it is one gigantic dog that does have an imposing presence that might be too much for most to take in. This dog breed can grow up to 70 kilograms, which is 154 pounds and can reach a height of 77 centimeters, which is slightly over 30 inches.

Its fearsome appearance is attributed to its grouchy face as well as its size. Although it’s a massive dog with a fearsome appearance, this dog is friendly towards strangers and it’s extremely loyal to its owner. The Neapolitan mastiff is always ready to give you a lot of affection.

The Leonberger originates from Germany and is one of the gigantic breeds in the world. The Leonburger looks like a lion and may often look even bigger than it is. Its weight tips the scales at 77 kilograms, which is 169 pounds. Its height can reach up to 80 centimeters, which is almost 32 inches, combining its lion-like appearance with its massive body. The Leonburger makes a great guard dog. However, this type of breed isn’t quite aggressive and it behaves well amongst strangers with proper training. You can easily assert dominance over your Leonburger.

The Irish Wolfhound, is the tallest of the sighthounds breed and one of the heaviest dog breeds in the world. Sadly, due to its large size and genetics, the Irish Wolfhound does not have a long life expectancy. This dog breed can reach a height of 89 centimeters, which is 35 inches and weigh up to 84 kilograms, which is 185 pounds a true gigantic breed.

It was initially trained to help hunters during their regular hunts, but that had died down over the years. At the time we speak, the Irish Wolfhounds barely barks, and it’s not aggressive at all. The only way it can deter intruders and serve as a guard dog is through its massive body.

The Great Dane is undisputedly one of the largest and heaviest dog breeds in the world. This dog can weigh up to 90 kilograms, which is almost 200 pounds, while it can reach a height of 86 centimeters, which is almost 34 inches. Fun fact, for you to know is that the world’s tallest dog was a blue Great Dane by the name of giant George. This dog had a height of 109.2 centimeters, while weighing at 111 kilograms.

The Great Dane isn’t just a gigantic breed. It’s also a dog that is playful, affectionate and always ready to please its owners.

Although the English Mastiff is one of the smaller breeds in the mastiff family, they are still large enough to be considered as one of the heaviest dogs in the world. They rank third in our list, as they can reach a weight of 100 kilograms, which is 220 pounds. You will need years of gym before being able to pick up an English mastiff. They are often misunderstood as aggressive dogs given their lion-like appearance. In fact, the English mastiff is very affectionate and extremely loyal to its owner

The Caucasian Shepherd ranks second as the heaviest dog breed in the world. This breed weighs just over 100 kilograms, which is more than 220 pounds. The dog’s domineering behavior, as well as high agility level, makes it tricky to train them. However, a well-trained Caucasian shepherd will make a great guard dog. You need to make sure that they get a great amount of training, because with incorrect handling, this breed can become aggressive toward other people and animals.

Saint Bernard is the heaviest dog in the world. This dog originates in the alps between Switzerland and Italy and can weigh up to 120 kilograms, which is over 260 pounds. This dog can also reach a height of 90 centimeters, which is over 35 inches.

However, its imposing size is not reflective of the dog’s gentle and soft temperament. This dog breed enjoys sharing a lot of love with the people it’s surrounded with. Saint Bernard is also quite friendly with other pets, and it barely shows any kind of unfriendly behavior.

So, which dog do you think makes the battle of the heaviest dog in the world? That’s completely up to you. 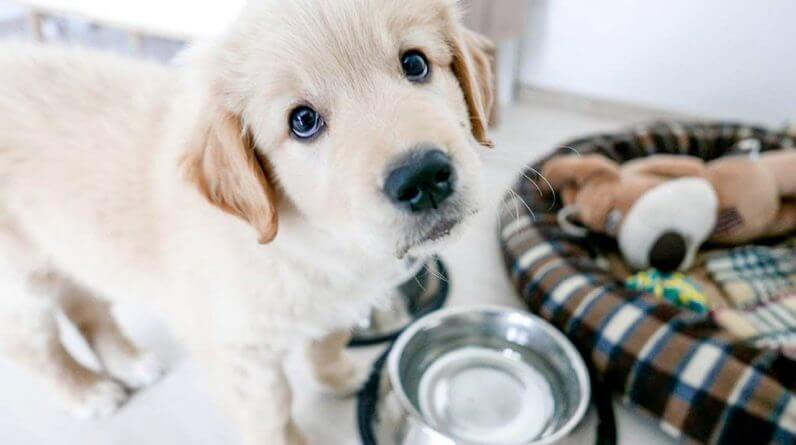 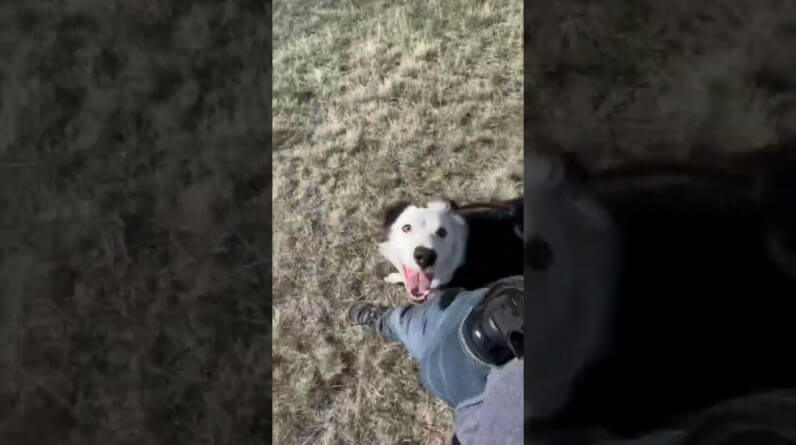 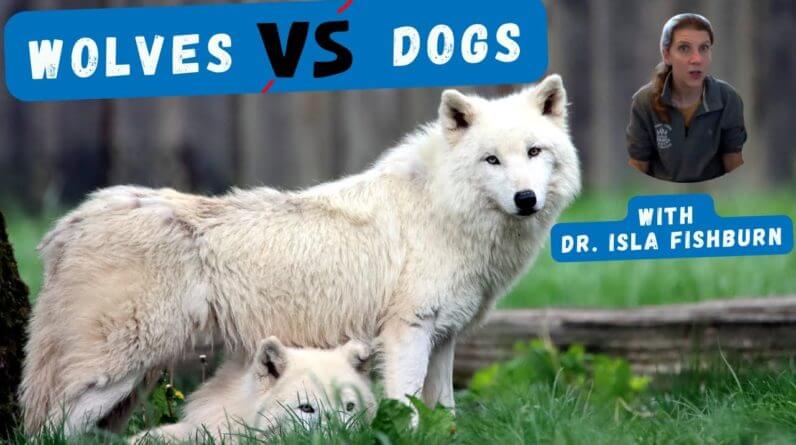 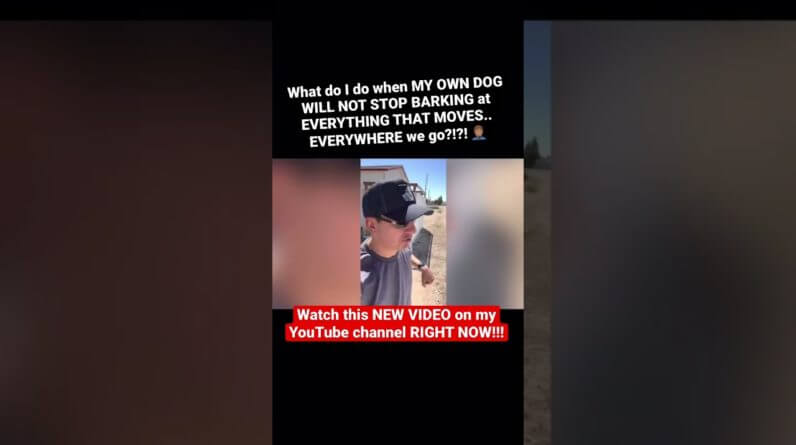 What do I do when MY OWN DOG WILL *NOT* STOP BARKING at EVERYTHING THAT MOVES… EVERYWHERE We Go?!?!? 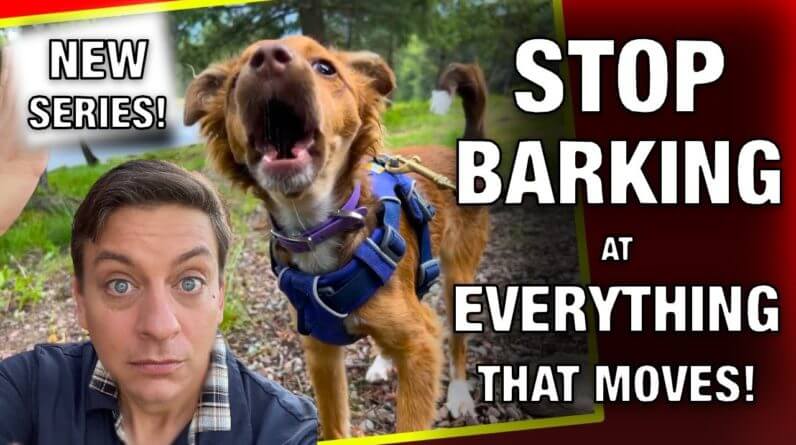 What I Do When MY OWN DOG BARKS at EVERYTHING THAT MOVES Everywhere We Go! 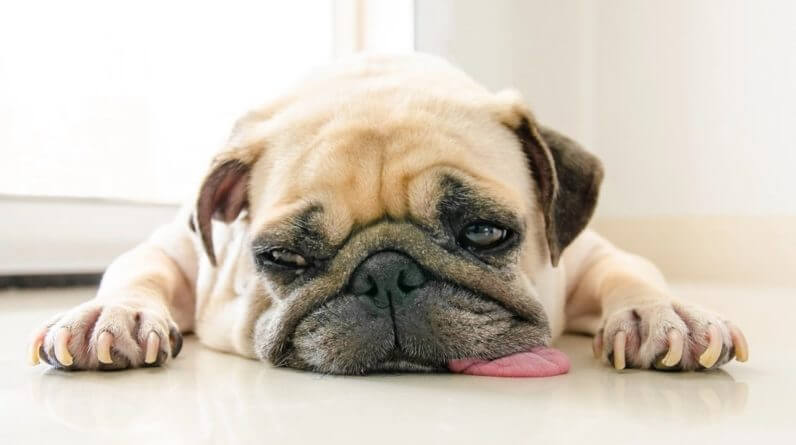 7 Common Household Hazards That Can Harm Your Pet